After having to get a bit creative with my last few restaurant choices, it’s nice to visit a place that’s actually serving the cuisine of the country I’m writing about.  Royal Mezgouf is an Iraqi restaurant.  I’m writing about Iraq.  How about that!

I didn’t, however, try the mezgouf (an Iraqi dish made with grilled carp) at Royal Mezgouf, which feels like a bizarre thing to do.  But it’s not on their take-out menu — you have to order a whole fish, which they charge by the pound, and it takes 60 to 90 minutes to prepare.

So I ordered the Iraqi kebab plate instead, which comes with a kebab, rice, and a salad for nine bucks.  If nothing else, it’s a great deal. 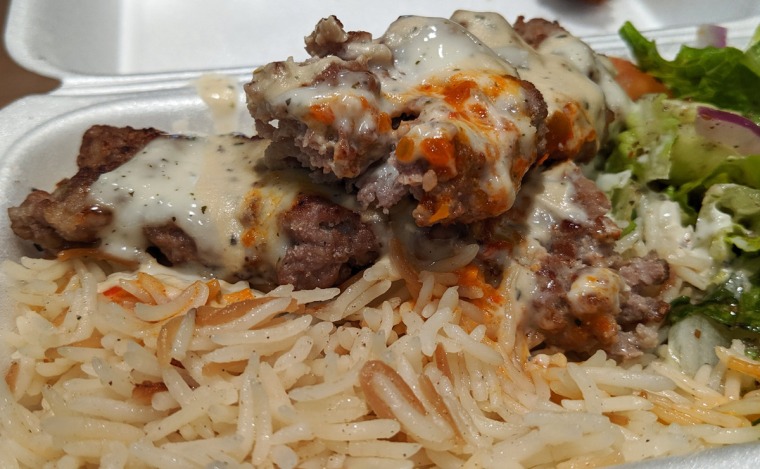 It’s also quite tasty.  The kebab is made with a beef/lamb blend, and it’s very nicely seasoned — the seasoning compliments the meaty flavour you get from the lamb and the beef, but doesn’t overwhelm it.  It’s also nice and juicy.  It’s topped with tahini sauce, garlic sauce, and hot sauce.  It’s very good.

The rice is surprisingly great.  It’s basically just the typical plain rice with vermicelli that you’ll find at a lot of Middle Eastern places, but it’s really well prepared, with a pleasant greasiness that enhances the flavour and texture.

The salad’s a bit bland, but the rice and the meat are both tasty enough that it really doesn’t matter. 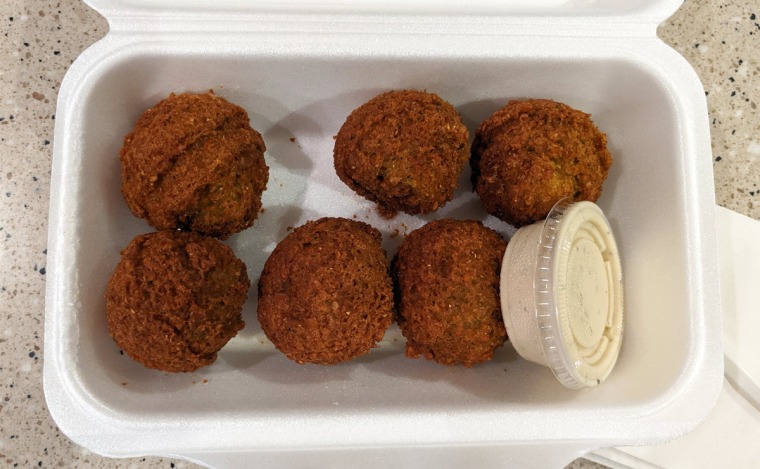 I also tried the falafel, which were above average — they were a bit greasy, but were otherwise crispy, fluffy, and tasty.