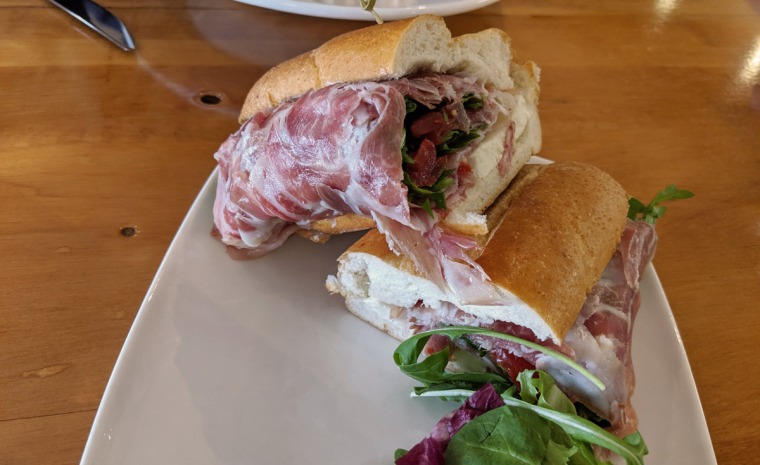 San Marino is kinda like Vatican City, in that it’s a tiny little country that’s entirely within Italy’s borders (it is, however, considerably larger than Vatican City).  Along with Vatican City and Lesotho in South Africa, it is one of only three countries in the world that’s entirely surrounded by another country.

So there you go, there’s your obscure bit of geographic trivia for the day.  You’re welcome.

Obviously, San Marino’s cuisine is basically Italian cuisine; between that and Vatican City, I’ve had an excuse to go to three different Italian restaurants for this blog.

Speducci Mercatto is a snazzy little deli / Italian restaurant in the middle of an industrial area of North York.  If I hadn’t specifically read about it, there’s no way I would have discovered it myself. 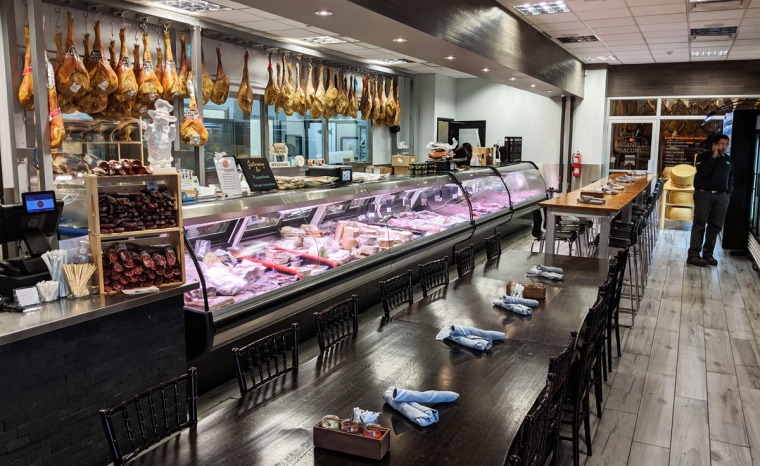 They’re mostly known for the various Italian cured meats that they make in-house; you can buy them to go from the deli counter, or in the restaurant in a sandwich or a pizza.

I went with the prosciutto sandwich, which comes on its own (i.e. just prosciutto in a roll), though you can add various toppings for a small upcharge.  The waitress recommended bocconcini cheese, arugula, and tomato; even with the toppings, it came up to $13.50 for a very hefty sandwich, so it’s a great deal. 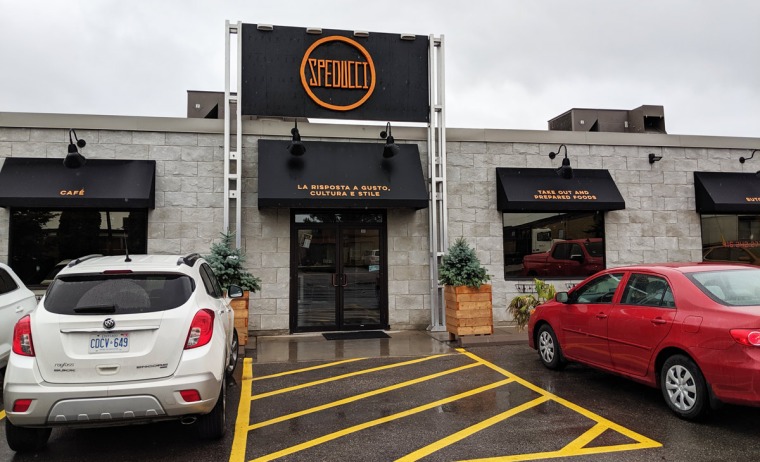 They cram a serious amount of meat into the sandwich.  It might have felt like an overwhelming amount of prosciutto, but it’s so incredibly delicious that this is never an issue.  The meat is super tender, the fat is silky, and the flavour is delightfully complex.  It’s definitely some of the best prosciutto I’ve ever had.

And the waitress was absolutely spot-on with the topping suggestions; the creamy cheese, the peppery arugula, and the fresh tomatoes all complimented the meat perfectly.  The bread was a typical Italian roll and nothing to get too excited about, but the prosciutto was so tasty that it really didn’t matter.