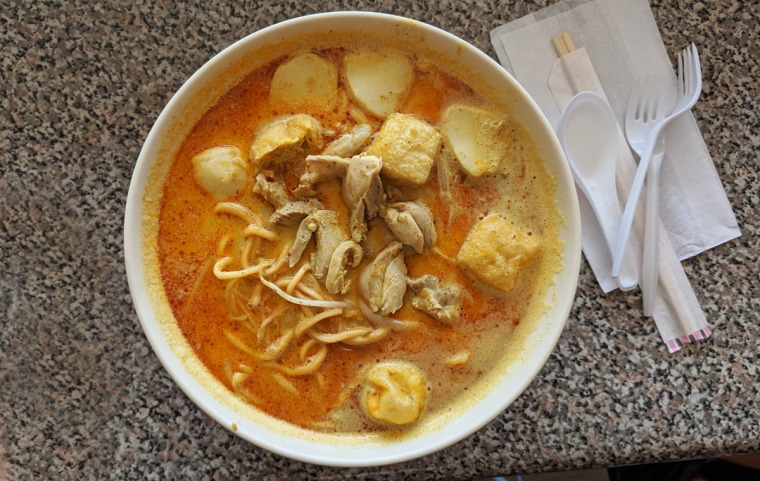 Brunei is a tiny little country that’s effectively right in the middle of Malaysia.  With a population of around 400,000, it’s not the smallest country in the world, but it’s still small enough that there are zero Bruneian restaurants in the GTA.

Their proximity to Malaysia means that their cuisine bears a lot of similarity to Malaysian food, so this is actually an easy one.  There are a handful of Malaysian restaurants in the GTA, including One2Snacks, which is particularly well-regarded for having  a tasty bowl of curry laksa.

Curry laksa is a seriously delicious curry-tinged noodle soup with a creamy richness thanks to coconut milk.  It’s kind of similar to khao soi, but with a zingier, more spice-packed flavour.

The version at One2Snacks is an amazing deal — it’s about eight bucks, and comes in an enormous bowl that’s absolutely crammed with noodles (thick and thin), shrimp, chicken, tofu, and fish balls. 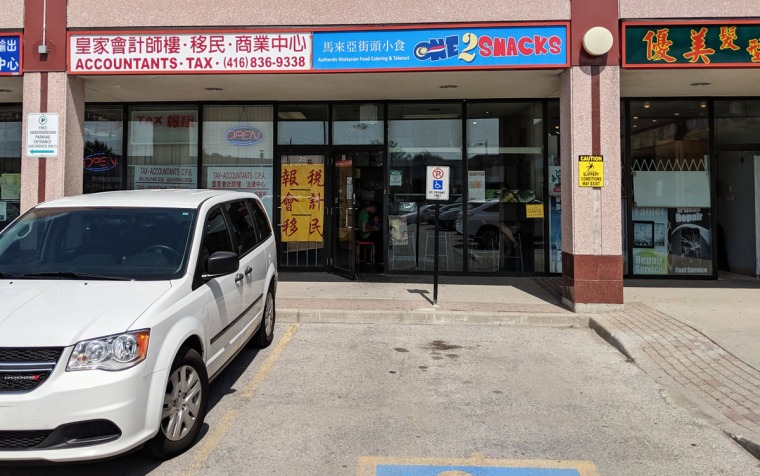 It doesn’t quite have the creamy vibrancy of the best bowls of laksa that I’ve had, but it’s quite satisfying nonetheless.  The broth has enough depth and spice to be eminently slurpable, the noodles have a great texture, and the mix-ins are all tasty (the chicken has a mildly leftovery flavour, but everything else is great, particularly the tender fish balls).