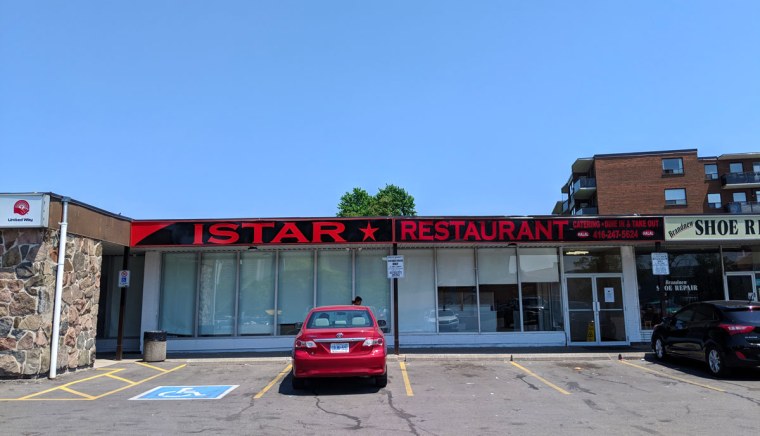 One thing I’ve discovered over the course of doing this blog: African countries are pretty great at making spicy fried rice.  The restaurants that I’ve visited for Nigeria, Uganda, and now Somalia have all served delicious, spicy, and addictive fried rice.

Istar has a variety of Somalian specialties on their menu, though a Toronto Life article specifically referenced the goat and the rice, so that’s what I ordered. 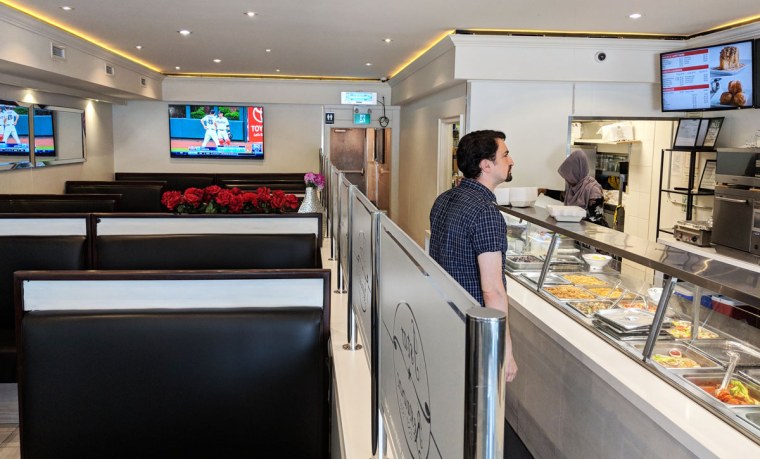 It’s good, though the aforementioned spicy rice is the clear highlight.  The plate comes with the rice, a generous portion of braised goat, potatoes, and salad.

Goat isn’t a meat you see on a whole lot of menus in this part of the world, which is a shame.  It basically tastes like a slightly stronger version of lamb.  It’s good.

Some of the pieces here were a bit on the tough side, but for the most part they were tender and flavourful.  The spicing is surprisingly subtle (it tastes like it isn’t seasoned with much beyond salt and pepper, though I’m fairly certain that isn’t the case), but the goat itself is tasty enough that it’s barely an issue.

The potatoes were bland and the salad was pretty generic, but the goat and the rice were a winning combo.