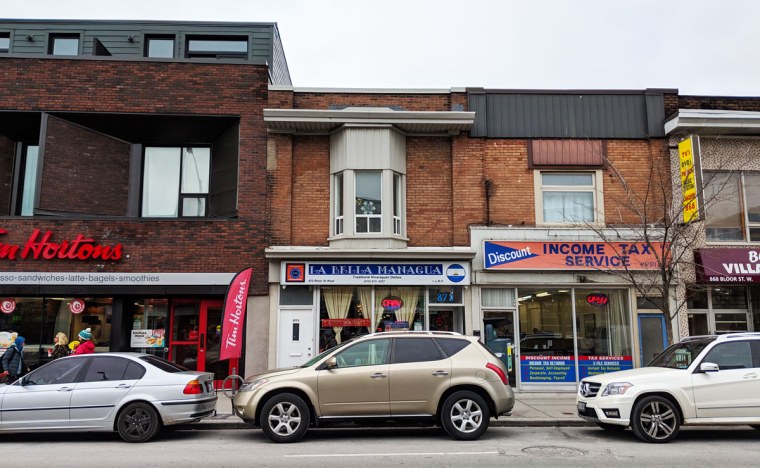 It’s always a good sign when you go to a restaurant and hear almost no English from the proprietor or the surrounding tables.  There are so many reasons why living in a city as multicultural as Toronto is a great thing, but food is certainly at the top of that list.  I honestly don’t think there are too many other cities in the world where I could do a blog like this.

So I was fairly confident that I was in good hands at La Bella Managua.  Eating the food confirmed it.

I tried a couple of things.  First up was the Pollo a la Parrilla.  This featured a perfectly grilled piece of chicken, rice and beans (gallo pinto, which is Nicaragua’s national dish), salad, and fried plantains.

Everything was great.  The chicken was nicely grilled and seasoned, with some welcome crispiness on its exterior and a perfectly cooked interior.  White meat is very easy to overcook, turning it dry and unappealing, so kudos to them for preparing this so well.  And the sweetness of the fried plantains balanced nicely with the savoury chicken.

The gallo pinto was simple enough, but very satisfying, as was the salad (which consisted mostly of avocado, tomato, peppers, and red onion).  I’m normally not a big fan of raw onions in salad, but these were mild enough to be acceptable.

The other dish I tried was the Nacatamal, which is described as “typical Nicaraguan tamales stuffed with seasoned pork loin & vegetables.” 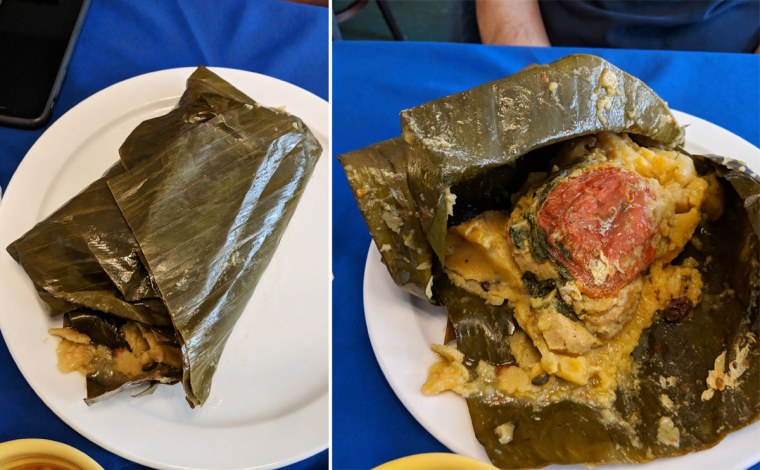 This might be the least photogenic thing I’ve ever eaten.  I mean, it looks horrifying.  But it’s the ultimate “don’t judge a book by its cover” dish, because it was absolutely delicious.

Unlike the tamales I recently had at Tacos El Asador, these were absolutely crammed with flavour, and the tender pork loin gave it a satisfying meatiness.  In case it wasn’t obvious enough from the chicken, this is a top-shelf restaurant doing top-shelf stuff.